Welcome to the APUS ePress—home of ePress publications and the academic work of APUS students, staff, and faculty. 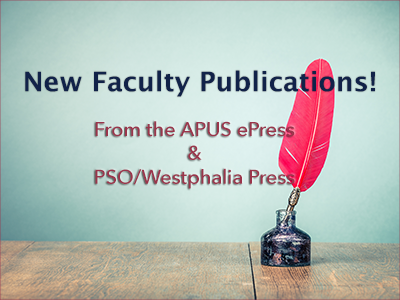 The Trefrey Library is pleased to announce that two of APUS’ esteemed faculty members have been recently published through PSO/Westphalia Press!  Dr. Heather Thornton and Dr. Lisa Miller have both published monographs this April.  Please see the guide  below for more information on these great additions--and how to access them.

Beat the Drum Ecclesiastic: Gilbert Sheldon and the Settlement of Anglican Orthodoxy 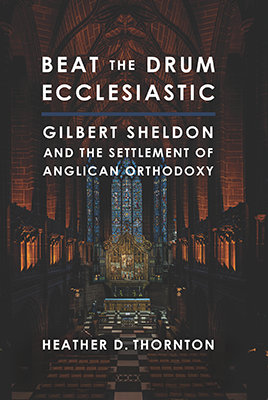 Beat the Drum Ecclesiastic: Gilbert Sheldon and the Settlement of Anglican Orthodoxy

Dr. Heather D. Thornton, professor of History, has produced Beat the Drum Ecclesiastic: Gilbert Sheldon and the Settlement of Anglican Orthodoxy, an exploration of the little known but extraordinarily important figure. The Archbishop emerges as a fascinating player in a pivotal moment in British history.  Sheldon was man of high influence in the ultimate direction of the Anglican Church and a key figure in its settling in the Restoration—thereby becoming a pinnacle influence on the shape of modern British Culture.  Full of primary source research and exquisite analysis, Dr. Thornton’s text is a must-read for scholars of both the Episcopal Church and the Restoration in England.

In Search of the Perfect People Leader 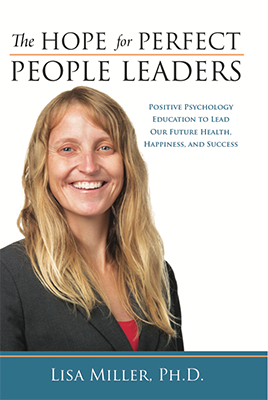 In Search of the Perfect People Leader

Dr. Lisa Miller, professor of Health Sciences, has produced In Search of the Perfect People Leader. With her expertise in the psychology of organizations, Dr. Miller explores many paradigms that could aid in the development of an ideal leadership profile for highly effective institutional leadership.  Using both anecdotal and qualitative analysis, she promotes a new vision for a new era of high-performance professional environments. 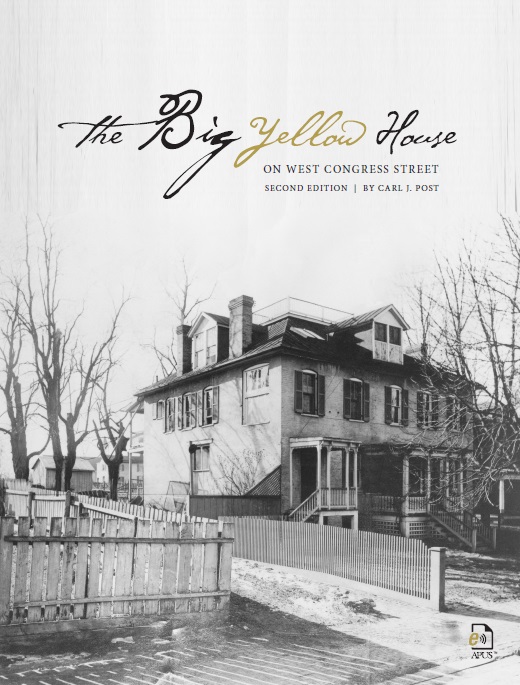 For supplemental information on The Big Yellow House and the history of Charles Town, see the first link below.

Our understanding of history changes and evolves.

We're happy to share new and additional information regarding the history of Charles Town and The Big Yellow House on West Congress Street.

If you have information you think would be pertinent to the history of Charles Town and The Big Yellow House, please email the ePress staff and we would be happy to share your additions on this page: APUSePress@APUS.EDU.

Mary Ann Hammann, the daughter of Dr. Marshall Glen who is featured in The Big Yellow House on West Congress Street, graciously provided the ePress with additional information on her father. Below you will find her comments:

Following completion of the two year medical program at West Virginia University, Dr. Glenn enrolled in Rush Medical School at the University of Chicago where he graduated in 1939. He then went to Harper Hospital in Detroit, Michigan for his surgical residency.

In 1942 Dr. Glenn enlisted in the Navy Medical Corps and was commissioned a Lieutenant Junior Grade. He served at Bethesda Naval Hospital, Pensacola Naval Air Station, Iowa Pre-Flight at Iowa City, and the El Centro Marine Base in California. He was assigned to the 1stMarine Division as a flight surgeon and served during the invasion of Peleliu Island. He remained as a Navy Flight Surgeon in the Marines until war’s end.

Dr. Glenn bought Dr. Abner Albin’s medical practice in 1939 and moved his family to Charles Town. The Glenn family lived in the house next to the hospital where Dr. Glenn also had his office. Eventually Dr. Glenn purchased a farm near Charles Town where in 1961 he developed a community golf course. 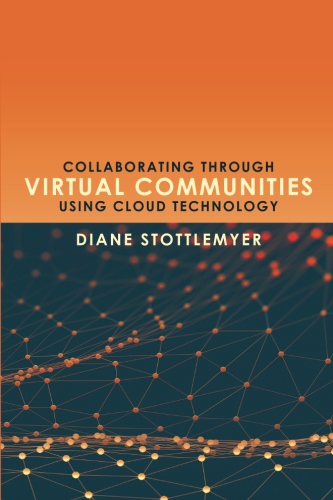 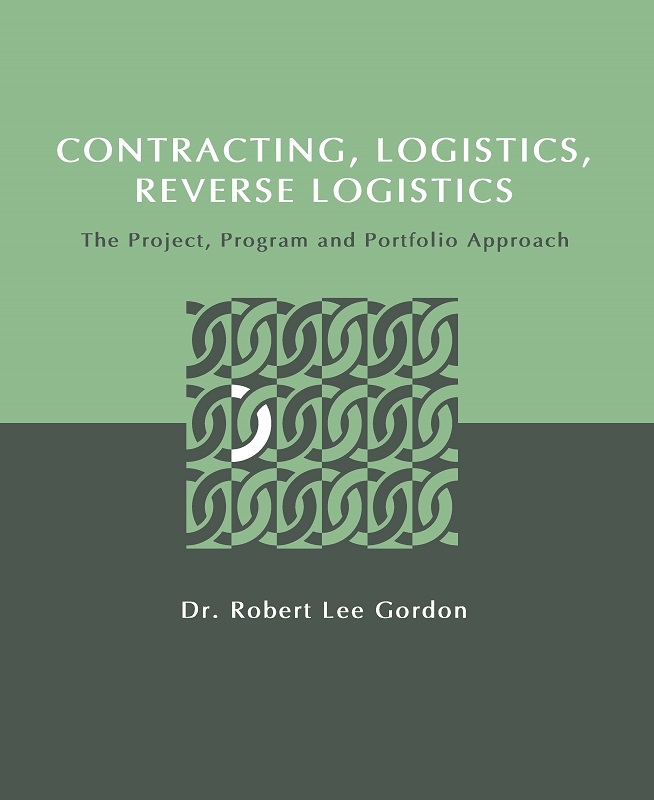 Contracting, logistics, and reverse logistics are intertwined with the project management, program management, and portfolio management disciplines. In recent years, organizations have started to offer certifications into the strategic areas of program and portfolios. Contracting, logistics, and reverse logistics are strategic opportunities for companies. For this reason, three programs benefit from an overlapping text that demonstrates how project, program, and portfolio management (PPPM) drives better strategy. Ultimately, successful strategy leads to increased value and the difficult topics of ethics, culture, relationships, and a company’s return on investment (ROI). This book is divided into 9 sections and a total of 28 chapters. Each section culminates with a summary of each section. The textbook is followed by three workbooks: one each for contracting, logistics, and reverse logistics. The workbooks provide case studies, questions, and essays for each case study, while chapters are concluded with proposed weekly discussion questions, sample test/quiz questions for each chapter. These chapter questions could be used to populate potential final exams.

The Days of Heroes Are Over: A Brief Biography of Vice President Richard Mentor Johnson 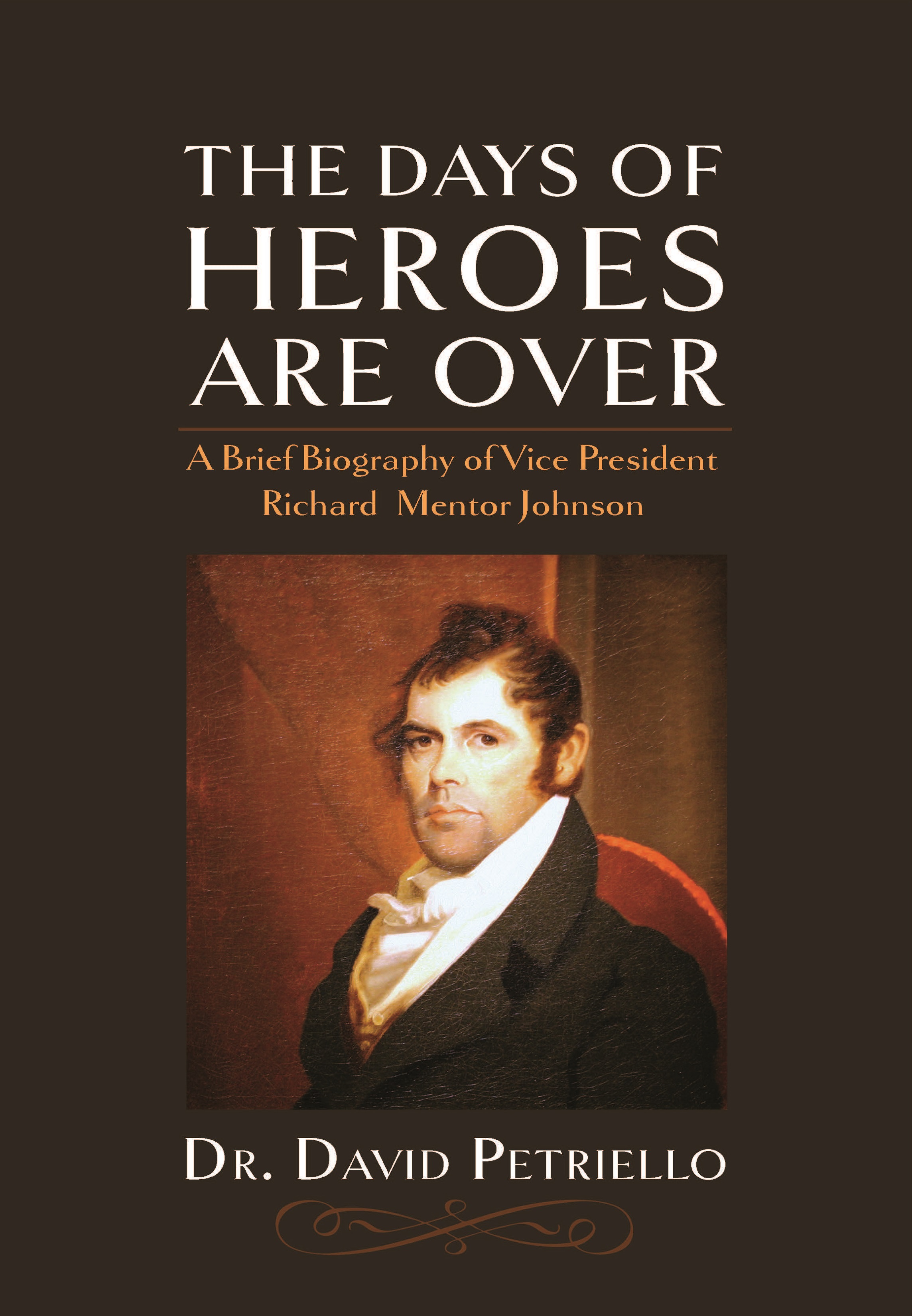 The Days of Heroes Are Over: A Brief Biography of Vice President Richard Mentor Johnson

Over the last 200 years, the country has elected a variety of colorful figures to national office. Drunkards, racists, slave holders, philanderers, war heroes, populists, demagogues, humanitarians, misogynists, embezzlers, patriots, and nepotists, all have walked the halls of the Capitol and the White House. Yet rarely has a man been sent to Washington who could be defined by all of those descriptors at once. Richard Mentor Johnson of Kentucky was one of those men. His heroic, controversial, and eccentric life made him notorious in his day, a tragic hero who walked the stage of American politics for almost half a century. Col. Dick Johnson was the epitome of a frontier Republican from the early part of the 19th century.

Born into a politically active family which had migrated west during the Revolution, his early years were shaped by the Indian warfare that plagued the region. He himself achieved notoriety due to his successes against the great Native leader Tecumseh at the Battle of the Thames, allegedly killing the war-chief himself. Johnson then went on to serve in various positions in the government, at all times being involved in the growth of the nation. His eccentricities as Vice President, when combined with his scandalous relationships with various African American women, resulted in his eventual damnatio memoriae. This biography seeks to fill the gap in the historical record, examining the life and accomplishments of one of America’s more storied Vice Presidents.

David R. Petriello has taught and written on various subjects in American history. His specialties include military history, the impact of disease upon history and society, and 19th political thought. Recent publications by the author include A Military History of New Jersey, Bacteria and Bayonets: The Impact of Disease in American Military History, and an upcoming work on disease and the American presidency.

The Design of Life: Human Development from a Natural Perspective 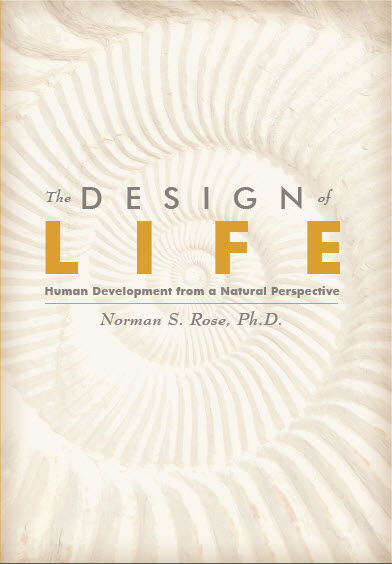 The Design of Life: Human Development from a Natural Perspective

“The spiral is the pattern of all things in the universe that move and grow.” With those words, Dr. John Waskom would take his audience through time and space, through cosmos and microcosm, through human anatomy, and finally through the stages of our lives. And it all fit together with an elegance that was both surprising and comforting. John Waskom could indeed sense and demonstrate the “magic of design” as it expressed through numbers, patterns of nature, and human proportions. But then he turned to deeper matters. “Do you suppose…?” he would begin to ask, over and over. And now he would lead his audience through speculations on child-rearing and education: What would it mean to raise and educate children in a way that respected what was inherent in their natural design? What would it mean to give young people experiences rather than answering their questions? What would it mean to be parents and teachers who were more concerned with observing patterns than with following habit and tradition? Norman Rose was in such an audience, and it inspired him to make natural human development his life work. This book is a culmination of that work, beginning with the ideas of his mentor and expanding them into a unified view of the entire human lifespan–and the parental, educational, and therapeutic approaches that could make natural development a reality. 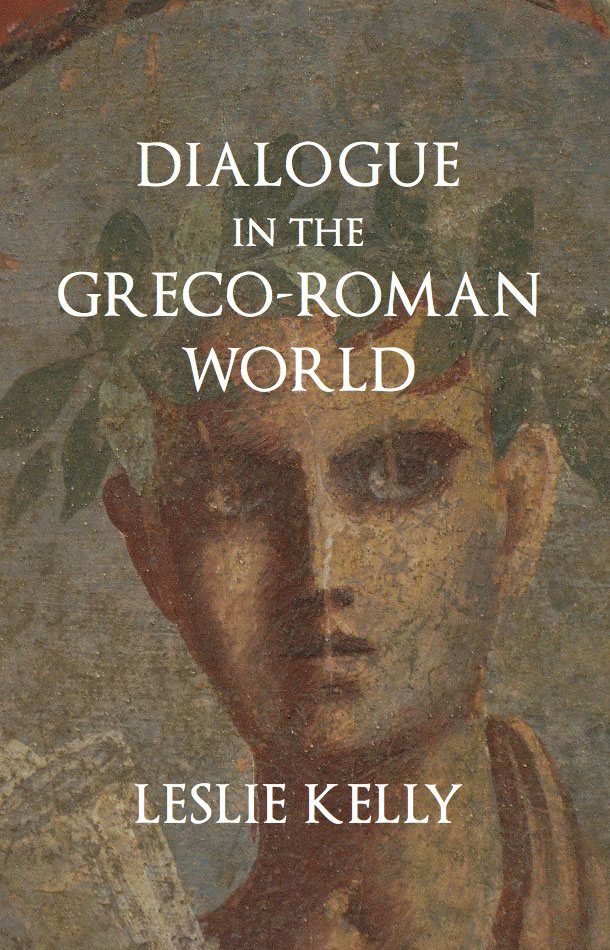 Dialogue in the Greco-Roman World

This short book is designed to introduce students of ancient history to the genre known as “the dialogue.” This literary form went through periods of popularity and decline in ancient Greece and Rome, but it was present from the classical period through late antiquity and carried over into medieval and Byzantine culture.

For all ancient texts, historians ask: who created it? When, and why? They try to determine the author’s agenda and try to situate the text within its larger historical context. For the dialogue, we must do more than this. We must consider the conventions of the genre and read later compositions in light of earlier examples of the form. This book explores the origins of dialogue in ancient Greece and explains how dialogues of the Greco-Roman world were intended to be read. It examines significant examples in the development of the genre from Greek, Roman, and early Christian cultures, and discusses the issues that students must take into account in order to responsibly utilize these sources to reconstruct and understand the past. 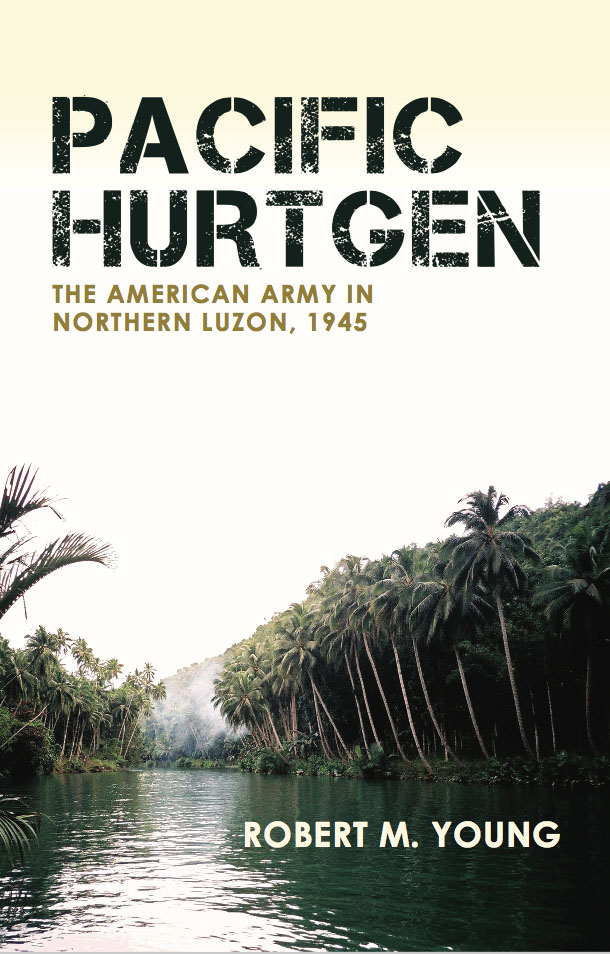 Too often in war many of its campaigns are forgotten. One such forgotten campaign occurred in the Philippines during the last year of World War II. American Army units fought a bitter battle against dug-in, fanatical Japanese soldiers on the Philippine island of Luzon. It was a campaign that need not have happened. American forces throughout the Pacific were on Japan’s doorstep but due to the immense power and personal desires of a singular commander, General Douglas MacArthur, the Philippines would once again become a major theater of the war. It did not bring the defeat of Japan any closer but did leave many thousands of American soldiers dead and tens of thousands wounded. In Europe, the American Army’s most wasteful campaign occurred in the Hurtgen Forest in 1944. Luzon would be the Pacific Hurtgen. 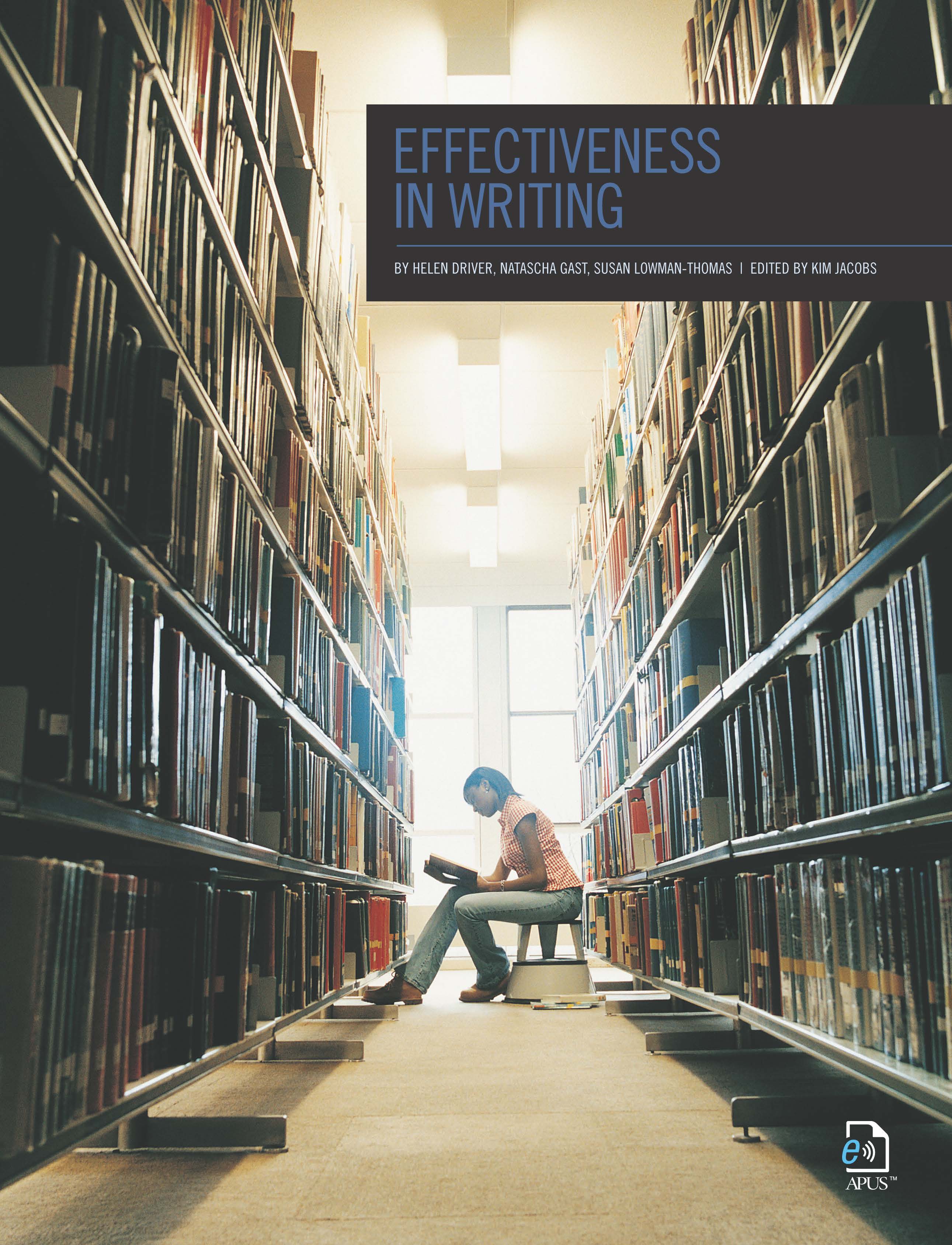 In Effectiveness in Writing, readers will learn how to evaluate and write argumentative essays and continue to develop and strengthen knowledge of research and citation. Chapters include: 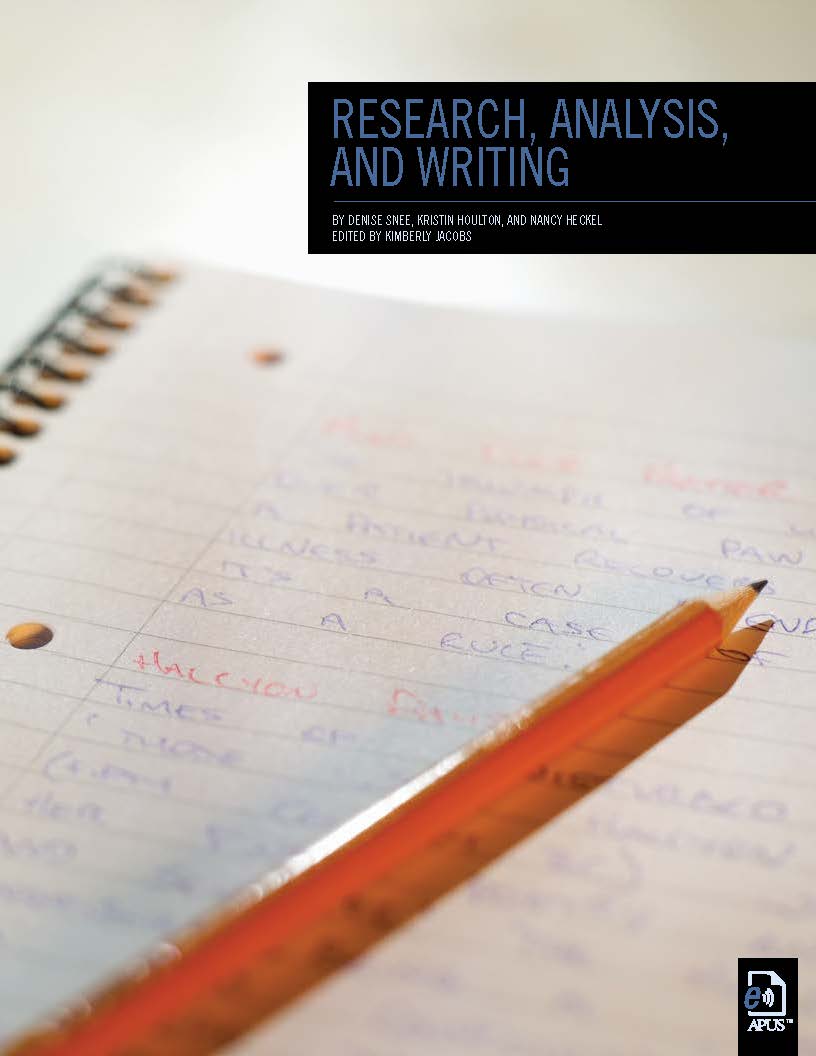 Research, Analysis, and Writing explores the different stages of a research project, from defining an issue and developing a research question to creating an essay that incorporates critical sources. Chapters include: 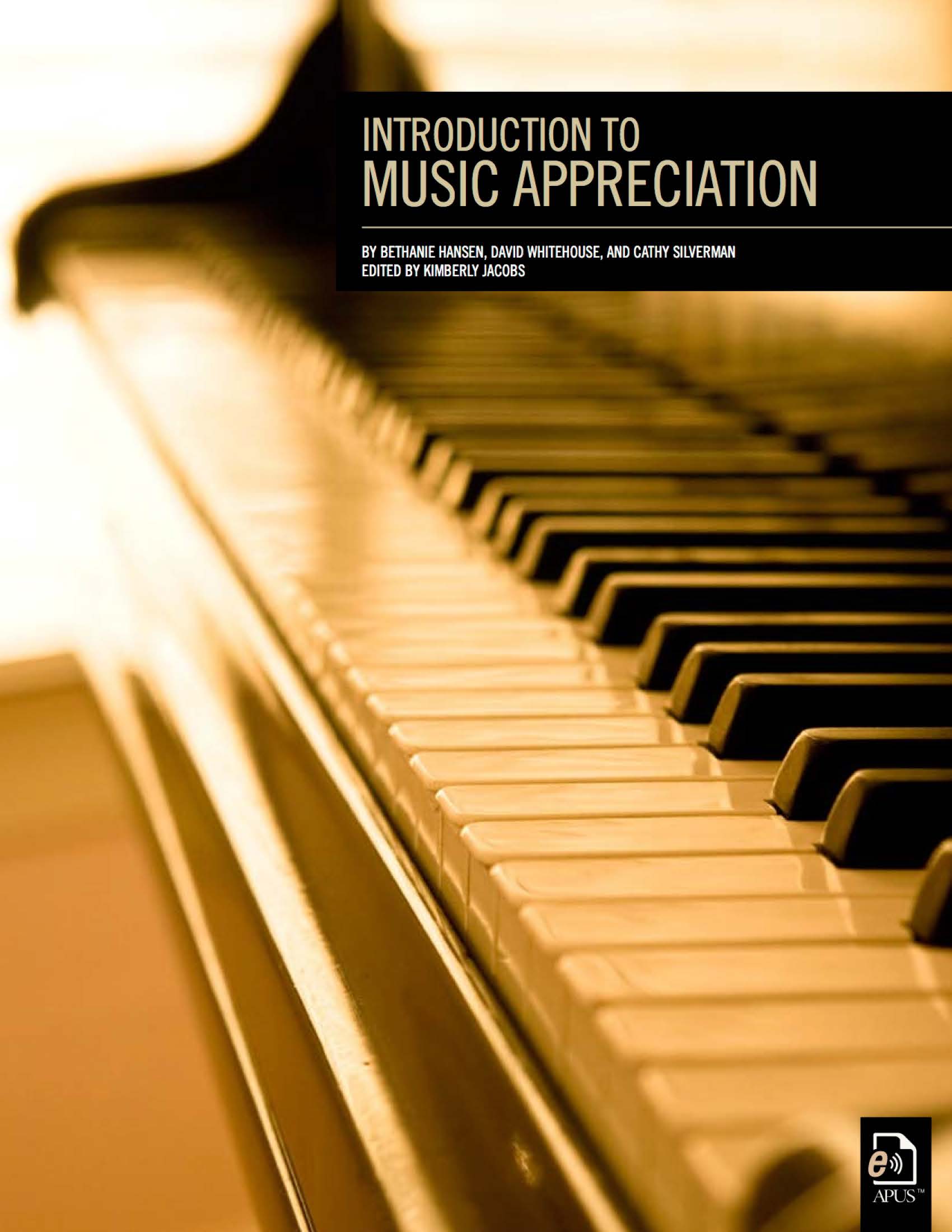 Introduction to Music Appreciation is about listening, appreciating, understanding, and discussing music. It explores the history, aesthetics, and criticism of Western music for an enhanced understanding of the topic. Chapters include: 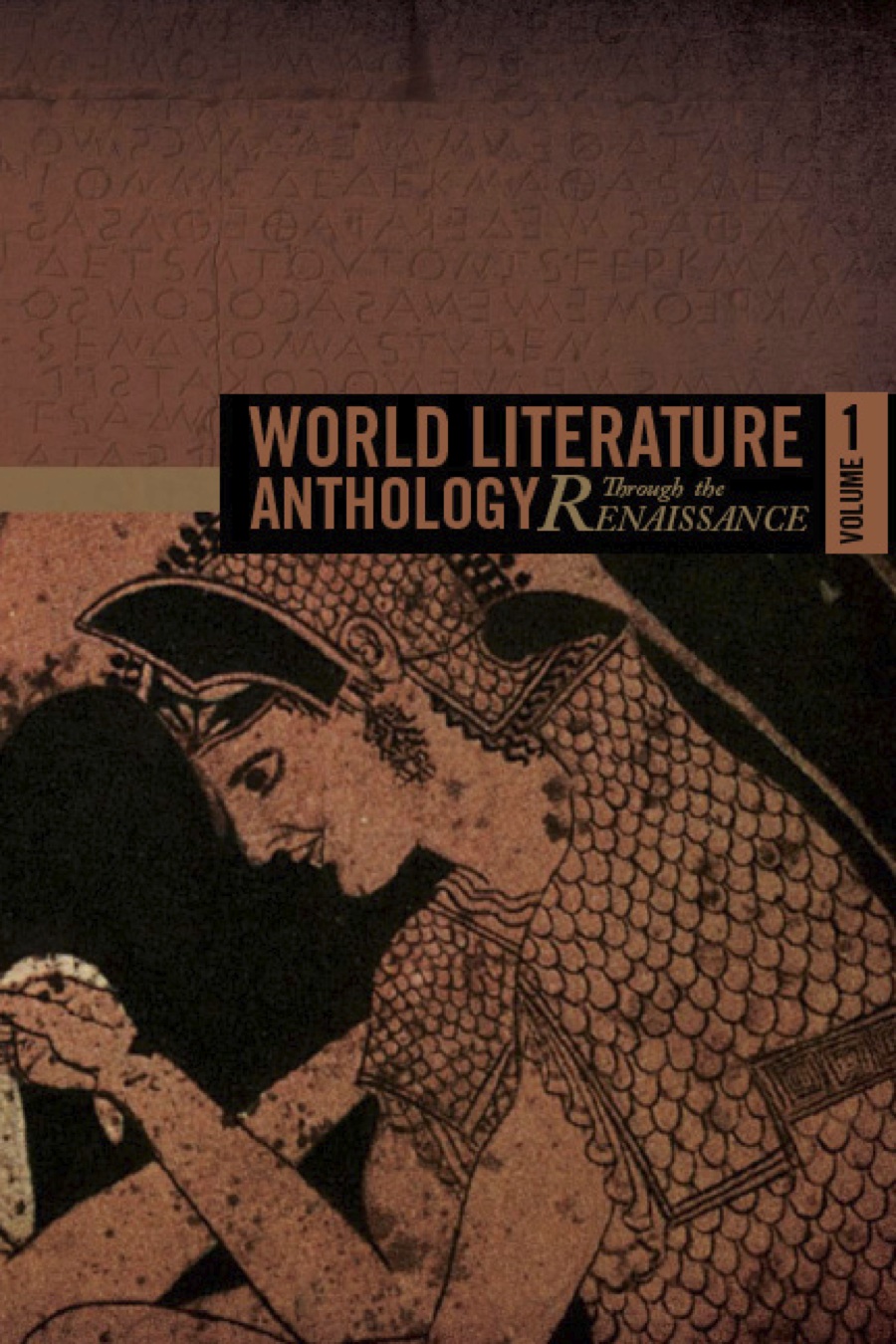 World Literature Anthology: Through the Renaissance